Traditionally at this time of year the nursery is focused on cleaning liners ready for spring dispatch and catching up with maintenance around the nursery. One department that is usually very quiet is propagation as we stop production after week 30. This winter in order to increase Agapanthus production, improve quality and make better use of winter labour we have installed LED lights into one of our propagation greenhouses.

Initial results of tissue culture plants weaned from the laboratory in week 40 are very encouraging with plants establishing very evenly under lights that extend the day to 14 hours with 50umol of light intensity. This will enable us to produce one or 2 more crops from the same space during the year. Plants receiving less intense lighting on adjacent beds are also responding so we are experimenting with different light intensities.

The pink glow from the glasshouses attracted the attention of a neighbour who questioned whether we had gone into marijuana production- the answer was no, but then it might be more profitable than growing garden plants! 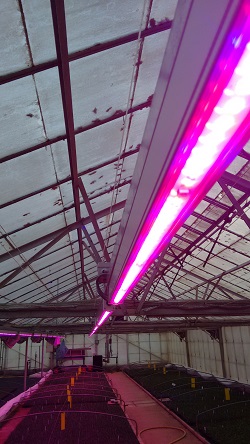 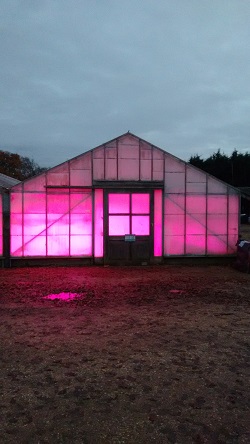 Geums as a genus have become more popular over the past few year especially with the successes for Totally Tangerine being launched at Chelsea flower show over 5 years ago.

This new Geum comes from the breeder of the Anemone Swan series Elizabeth McGregor. Hardy Cottage plants launched this new hybrid. With its early large flowers of brilliant-scarlet, open, slightly double flowers of about 5cm across.

This Geums starts to flower in early March and continues throughout the summer and into autumn. Its height is also a good size at 35-40 cm. 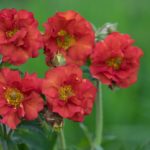 Great reviews in Aprils copy of Which Gardening

We often send in new plants to be trialled at the three Which Gardening trial grounds across the country. We believe it to be great way to get our plants out there and help publicize for our customers through a retail magazine. 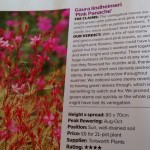 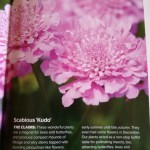 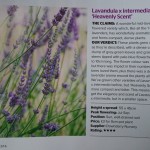 Using Endosan gave us the advantage of extending the period of time that hydrogen peroxide remains active in the water in low concentrations all the way down the irrigation lines and our capillary beds. The active ingredient, stabilised with silver ions, worked extremely well in high concentrations as an irrigation system cleaner.

The dosing system incorporates a high injector ratio pump, resistant to corrosive chemicals. Fine tuning the pump allows us to achieve the desired concentration, whether for shock treatment or in conjunction with a pulse meter for continuous treatment. The system is very easy to connect, maintain and adjust. 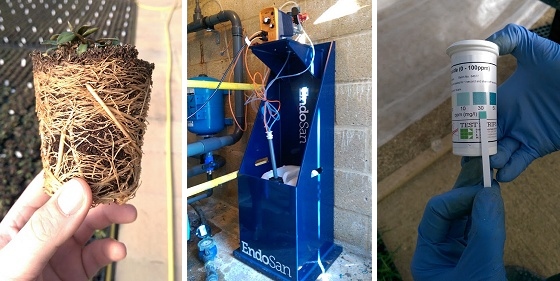 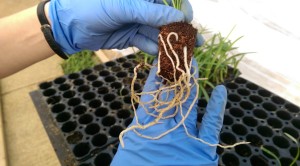 Unlike chlorine, hydrogen peroxide degrades quickly and doesn’t leave any residue, which makes it more environmental friendly. Its effectiveness is relatively unaffected by pH changes. Continuous dosing at low concentration doesn’t affect biological control. We didn’t notice any reduction of activity and effectiveness of Nemasys in our applications. Also, when hydrogen peroxide products degrade, oxygen is produced. That can be very beneficial for the plants when located in the root zone.

We can see the improvement in root condition of our overwintered production already. 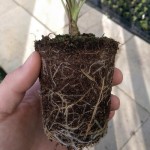 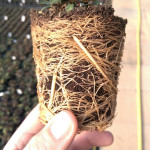 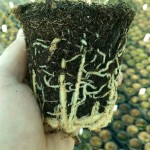 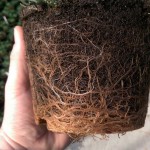 We also noticed a significant decrease in leaf nematode activity. It is unclear yet how much we can credit to continuous treatment with hydrogen peroxide. Some researchers suggest that H2O2 has a direct and indirect effect on nematode eggs and hatched juveniles and boosts plant resistance to infection. We are still at the early stages of finding out.

West Country Lupins Lupins hadn’t changed much since the introduction of the Russell hybrids back in 1939. Then in 1996 Sarah Conibear from West Country Nursery saw a Channel 4 programme called ‘Bloom’ which featured Lupins and this inspired her to select the best forms and start to propagate them for sale.

Fairweather’s Nursery is at the forefront of trialling new varieties out of the labs. We continue to assess the West Country Range and have come up with what we believe is a winning collection, showing strength of growth, colour and wow factor. This summer there will be 9 varieties to choose from, ranging from the deep bold colour of Masterpiece to the delicate pink of Blossom. 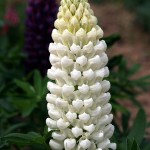 Stunning pure white flowers appear early summer on tall stems. Great for the middle or back of a border. Hardy perennial bred by West Country Nurseries. 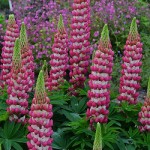 Stunning pink and white bi-colour flowers appear early summer on tall stems. Great for the middle or back of a border. Hardy perennial bred by West Country Nurseries. 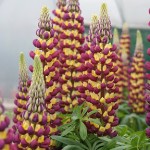 Stunning Purple and yellow bi-colour flowers appear early summer on tall stems. Great for the middle or back of a border. Hardy perennial bred by West Country Nurseries. 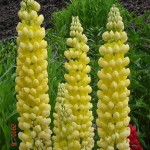 Rich custard yellow flowers appear early summer on tall stems. Great for the middle or back of a border. Hardy perennial bred by West Country Nurseries. 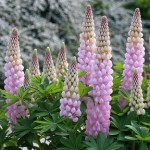 Lovely Blossom pink flowers appear early summer on tall stems. Great for the middle or back of a border. Hardy perennial bred by West Country Nurseries. 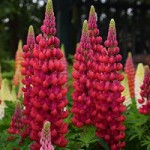 Vibrant bright red flowers appear early summer on tall stems. Great for the middle or back of a border. Hardy perennial bred by West Country Nurseries.